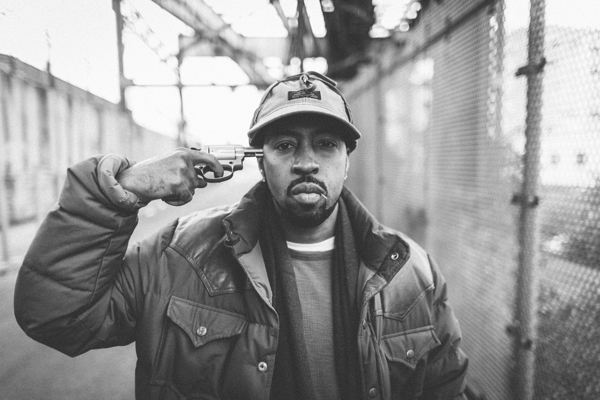 Roc Marciano is an American rapper, songwriter and producer from Hempstead, Long Island (New York). Originally a member of Busta Rhymes' crew, Flipmode Squad becoming the sixth member after the departure of Lord Have Mercy, Roc left in 2001 to form the UN [1], a hardcore underground hip hop group consisting of three other MCs (Dino Brave, Laku & Mic Raw) with whom released an album on Carson Daly's 456 Entertainment in 2004. Notably, Roc appeared in the 2005 Wu-Tang Clan compilation album, Wu-Tang Meets the Indie Culture, and in Pete Rock's 2008 album, NY's Finest, drawing acclaim [2] for such performances. Since 2008, Roc Marciano has been working on his solo career, and to widespread internet acclaim,[3] released his entirely self-produced debut LP, Marcberg [4] in the Spring of 2010. The album was applauded for its throwback 90s east coast style, coming as a breath of fresh air amongst the various other hip hop albums released that year. His stream of consciousness narrative and boom-bap, rugged beats have also been the subject to many compliments from critics and bloggers alike. In 2011, Roc Marciano collaborated with Gangrene, the duo of rapper/producers Oh No and The Alchemist, to release the collaborative EP Greneberg. Roc Marciano is currently signed to Decon Records.
Discography

2004: UN Or U Out (World Records/456 Entertainment)
2004: Strength & Honor (The U.N. presents Rock Marciano) (Promotional Album released to promote the UN Or U Out album)
Klick für mehr...

Roc Marciano is ready to bless the masses with another non-stop banger, "Reloaded." The album finds Roc in his truest form, bringing his hard-knock rhymes to life. The album is executive produced by Q-Tip who will collaborate with Roc, offering original production and several featured verses that are sure to satisfy real hip hops heads, fiending for Roc’s street-proven style.

While we still await the arrival of Roc Marci’s Reloaded, he pops up as a guest feature on UK Producer The Purist’s Connect The Spdif EP, which is now available on either BandCamp or Fat Beats.
Klick für mehr...

the tracklisting to Reloaded by Roc Marciano is as follows:

1. Tek To A Mack [Produced by Roc Marciano]

7. We Ill [Produced by Roc Marciano]

8. Deeper [Produced by The Alchemist]